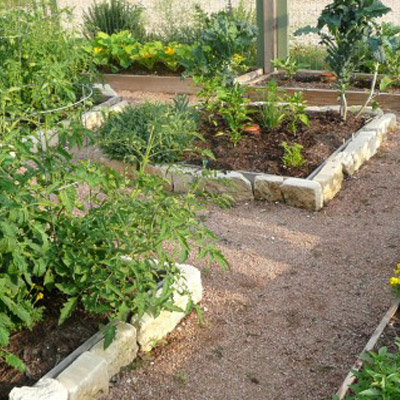 The iconic image of a gardener plucking produce from the earth and placing it in a big bushel basket has become a thing of the past for many Americans. However, with the rise of agri-business and the many chemicals that are used to grow more vegetables faster, many people have grown distrustful of the produce they find at their local grocery stores. Questions of where something came from and what went into its production have become increasingly difficult to answer with things being flown in from all over the country and even the world.

For many, the response to this problem has been to take a larger personal role in producing their food. Many people have addressed this issue by placing gardens in their backyards and growing produce themselves. Personal contact with their vegetables gives them the ability to know what went into their production. For some, the task of putting a garden in their backyard was easy. They had the space and just plotted out a spot for their garden.

For others, though, a garden may be remain a dream because they struggle with the question of where to put it. In many cases, a small yard may make it hard to have a substantial garden or any garden at all. When yard space is at a premium, it becomes difficult to have a garden without sacrificing the entire yard.

For those living in the San Diego area, the problem is not the climate. San Diego is an excellent growing region which receives both adequate sun as well as having a good amount of moisture to grow an excellent garden. For many in San Diego, the biggest problem is yard space, but this can be addressed too. Juniper Landscape Company has been designing growing boxes that address the needs of native San Diegans. The boxes are prebuilt and ready to put in. Not only are the boxes ready but JCMS has a team of people ready to place them and get them vegetables ready for you. On top of the boxes they can also install irrigation systems to make sure the plants get plenty of water as they grow.

Juniper Landscape Company received several awards last year for their garden boxes at the Home and Garden show and have received a great deal of praise from their customers. Home-grown vegetables do not have to remain a dream; JCMS wants to help you make those crunchy carrots and sweet peas a reality! An organic food source is not something that is just for people living outside the city limits but can be a reality for those with the smallest of yards. The first step is making the call to JCMS to learn more about how garden boxes can work for you!.