5 Garden Vegetables and When It’s Time to Pick Them 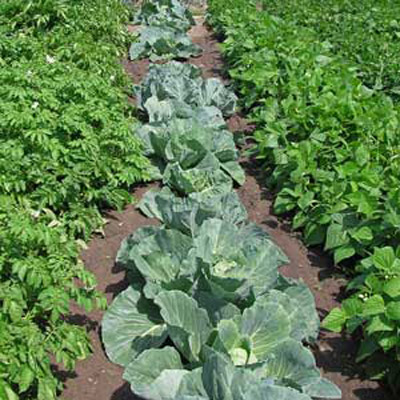 People all over San Diego County have been installing urban gardens, and many of them have been nothing short of amazed when they have been using them long enough to see firsthand what they actually produce in terms of volume. Most people have also been amazed when they have actually tasted the food that they have grown for the first time, as there is nothing from a retail grocery store that compares to food that comes right from the dirt in your own yard or from the garden on your own patio. It’s getting to be that time of year when people are starting to wonder about when it’s going to be time to pick their vegetables and bring them to the table.

While the timing in certain parts of the country such as the Midwest is more calendar-based because of the approaching fall and winter months that are cold and not amenable to growing crops, places like San Diego are a bit different because there are certain types of plants that can be grown all year given the mild climate here. Therefore, the best way to know when to pick certain vegetables is by look and feel. Below are five vegetables that are commonly grown in San Diego County and signs that they are ready to be picked and eaten.

1) Beans
Beans tend to continue to grow from the stalk after you pick some of them, but the best time to pull them off the plant is when they have reached a few inches of length but they are still thinner than a common office pen. Picking them too late can lead to tough and bitter texture and taste.

2) Broccoli
Broccoli is a bit confusing for people with gardens at first because they are used to seeing enormous crowns in the grocery store. Instead, people should pick off the crowns when they are anywhere between three and four inches wide for the best flavor and texture.

3) Carrots
Carrots are difficult for some to harvest because they grow under the soil and cannot be seen. However, experienced gardeners know that when the stalks on carrots change to a darker color and a bit of the carrots start to stick up out of the soil that it’s time to bring them in the house.

4) Tomatoes
Tomatoes are among the most commonly grown food crops in urban gardens, and there are many different varieties. Picking tomatoes is based on a change in color and on texture, as they need to be somewhat soft before they are ready.

5) Lettuce
The difference between the taste of garden-grown lettuce and store-bought lettuce is remarkable. Lettuce should be harvested when the plant reaches approximately four or five inches in height.

Planting and managing a garden is a skill, and it’s one that pays off by way of having delicious, extremely healthy and very economical food at your disposal. If you’re thinking of adding an urban garden to your property, contact the San Diego landscaping professionals at Juniper Landscape Company today to learn more about this possibility.